The tricycle championship 100 for the Fliss Beard Trophy was won by Chris Hutchinson (Redbridge CC) who also took the handicap medal.

The event was held on four laps of a new course between Swaffham and Downham Market in west Norfolk, more than half of which was on unclassified roads. It was flatter than the Fakenham-based course used for recent Eastern 100s, but included some long drags. It was warm, mostly overcast, with sharp showers affecting some competitors and marshals but missing others.

Don & Heather Saunders and two further generations of their family were keeping track of progress at Swaffham – full details are given below: 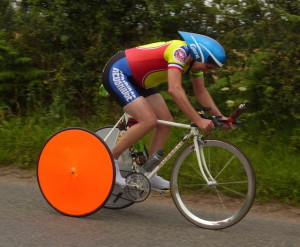 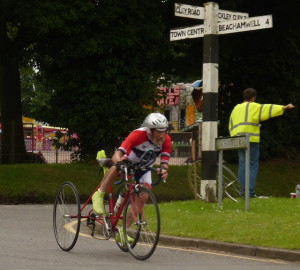 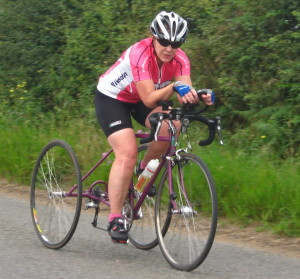 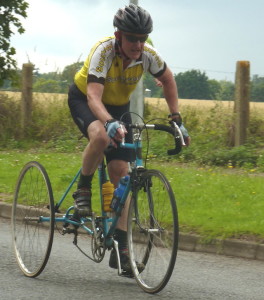