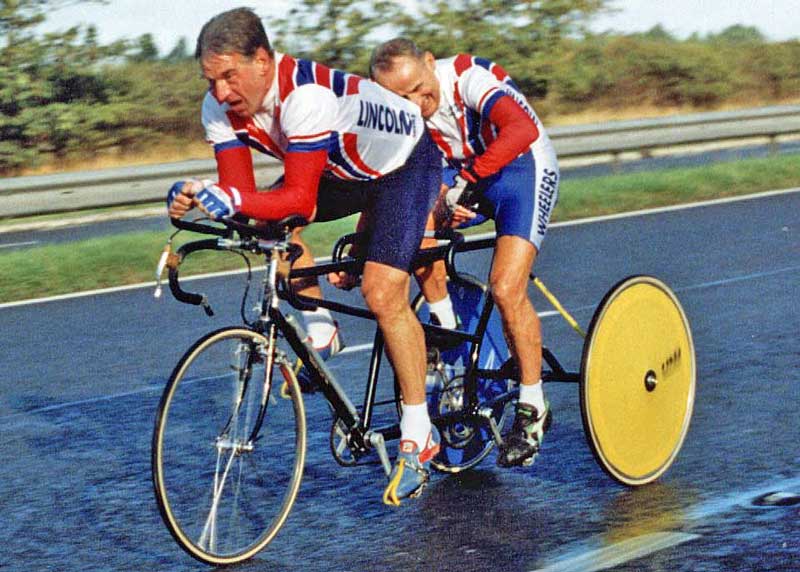 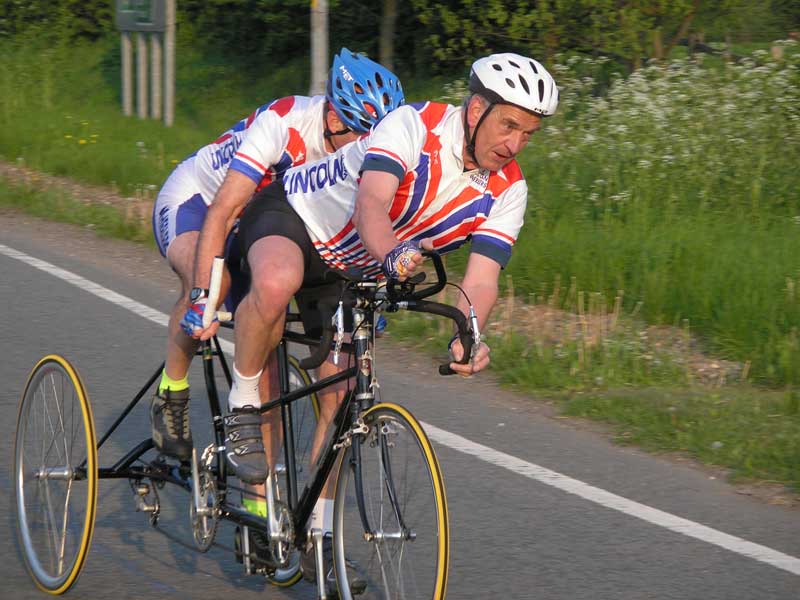 One tandem tricycle was built.

Barry’s ingenious engineering solutions enabled him to vary designs and utilise a variety of materials and stock parts – mainly bearings, either cup and cone or journal.His favoured axle designed employed the ‘morse taper’ with a keyway. Hubs were turned from hardened aluminium billets on his lathe.Axles with hexagon ends were made to fit stock Rogers hubs.Two Two-Wheel-Drive axles were made using Sachs block bodies for the double freewheel.