We have some information on Hawkins Axles, provided by Chuck.
He owned a tandem trike, pictured below, with a standard AJ Hodge of Luton tandem sporting a Hawkins OWD tandem Tricycle axle. They managed to snap the axle half an hour after the photo was taken while honking up a hill to Lee Gate.
They were on the Luton CTC’s ‘Holly Run’ at the time. Chuck rode with the Beds DA but attended the 1967 Thames Valley Christmas Lunch.

All braking on the tandem trike was on the front wheel, comprising a fairly useless drum brake and a MAFAC cantilever brake which did the job.
Following the snapped axle a high tensile steel axle was installed along with a standard tandem side-pull brake behind the forks. This was operated by the stoker.
Gears were a Benelux Mk 7 derailleur, later a Huret, working a ¼ inch 4-speed block.

Chuck used to be a member of the TA, also riding a Higgins on which he recorded a 59:58 on the F1. 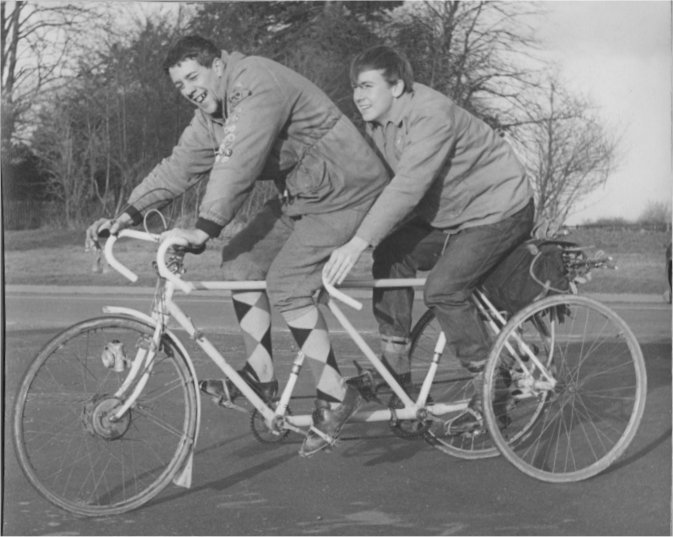