Andrew Pattle kindly supplied the following summary, scans and photos of both James Axles and Tricycles.

Definitive information on James tricycles can be difficult to obtain; the James factory was almost completely destroyed in an air raid during World War Two and, along with it, went all the companies records. Information on pre-war James machines has, therefore, been pieced together, mainly from old catalogues.

James made its own tricycle axles to its own design, patented in 1907. This was designated the ‘Special’ axle and it was equipped with internal expanding drum brakes on the axle ends. 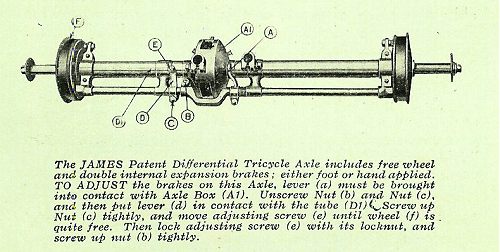 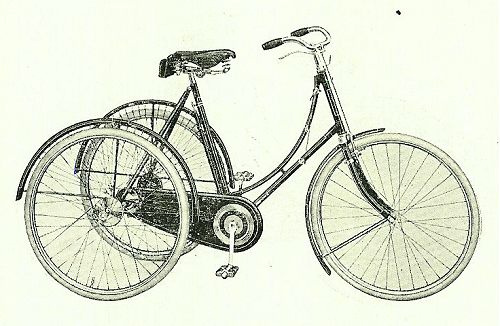 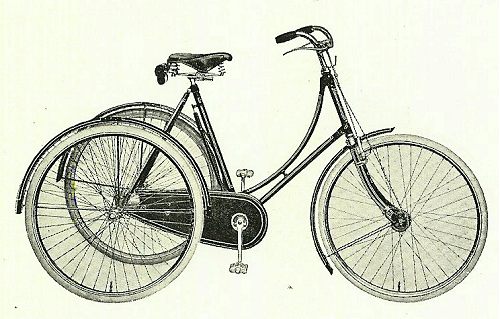 For 1914, a new version of the Special Axle (later called the De Luxe Axle) was produced. This version had external contracting band brakes at the inner ends of the half-axles.

Tricycle in Gamage’s 1914 catalogue. This tricycle was, in fact, a James and it is has the new version of the Special axle

Page from the James 1928 catalogue showing both types of axle 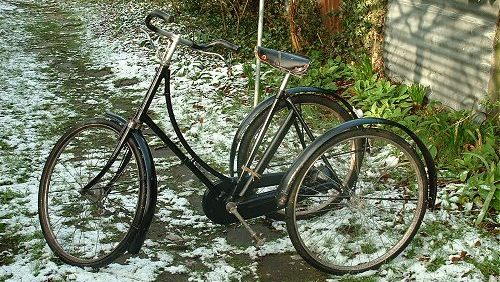 This James tricycle dates from the early 1930s. It is a Standard model with both brakes on the front wheel, but it is also fitted with the James 2-speed Bracket Gear.

A third version of the braked axle was available post-war. Unlike other James axles, this did not have a differential but was one wheel drive. A solid, full-width axle had one wheel fixed to it while the other ran free. A 4″ drum brake was fitted in the centre of the axle.

This James tricycle dates from just after WW2. It is fitted with an internal-expanding drum brake on the rear axle. 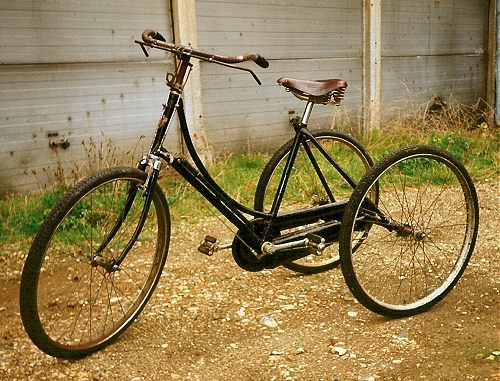 Tricycles were listed in the James catalogue up until 1948. While the various forms of rear-braking changed over the years, tricycles with the Standard axle and two brakes on the front wheel were available during the whole period from 1907 to 1948 (except, of couse, when production stopped “for the duration” in WW2).