Around the turn of the century according to the catalogues of the period, Raleigh patented a differential for use with their tricycles.

The differential is supported within the housing by ball bearings, adjustment being achieved by screwing one end of the housing into the body, locking it with a pinch bolt.

Ther drive to the wheels is by means of a large washer with two internal flats locating on the axle and two external tabs which locate in slots in the hub, a bolt holds the wheel onto the axle.

The main differential housing is part of the frame, the remaining parts including the axle stays are screwed together in the manner of industrial plumbing.

Chain tension is by means of an eccentric bottom bracket.

From approximately 1906 onwards Raleigh used the Abingdon axle on their tricycles which allowed them to incorporate the then new Sturmey-Archer 3 speed gear, as this allowed the gear to differential chain tension to be adjusted independently. 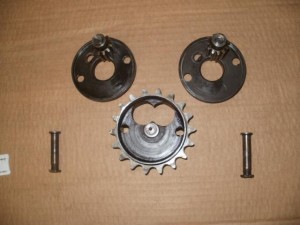 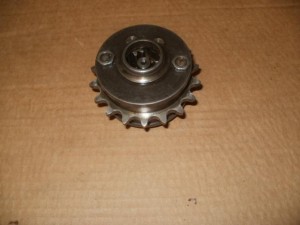