Originally at:Blackpool Street, Burton on Trent, Staffordshire.Now at:1, Northwick Cottage, Rhyse Lane, Lower Rochford, Tenbury Wells,Worcestershire, WR15 8NH.Telephone: 01584 811451Email: jarvistandp@aol.comBetween 1982 and 1984 Trevor Jarvis of T J Cycles built 12 solo tricycle frames, using the Baines ‘Flying Gate’ design.The frames were numbered with the year first then the actual running number of all types of frames made.The preferred tubing used was Reynolds; and in many cases Reynolds Speed Stream was used in the horizontal axis for strength.There were, unusually, two sets of seat stays, but these reduced flex within the frame and axle. 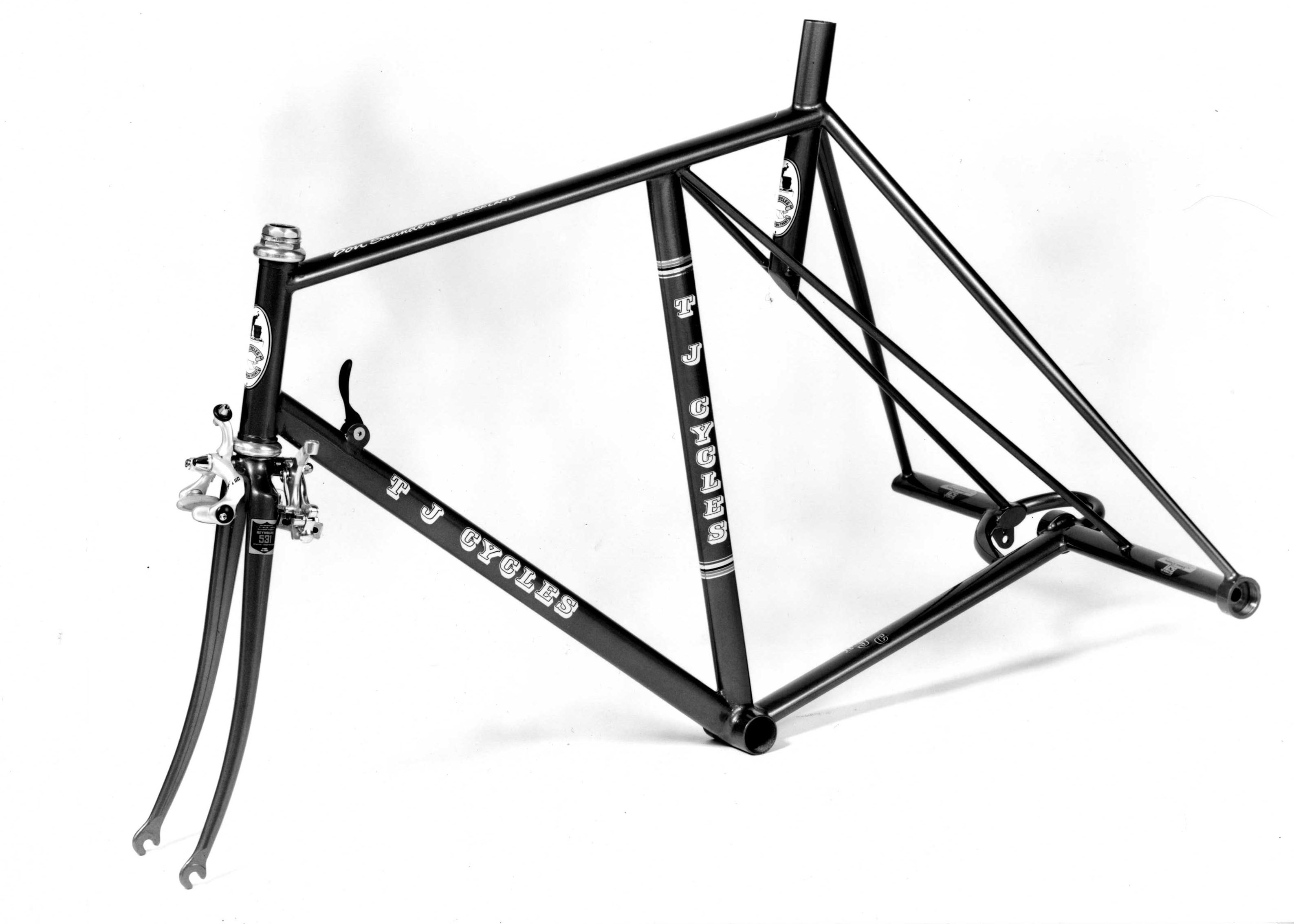 Don Saunders’ record-breaking ‘Flying Gate’ machine was made with Reynolds oval tubing. This added rigidity to the frame and slightly improved the aerodynamics, but also increased the weight.A photograph of Don Saunders on this machine may be seen on the – TJ Cycles websiteNo tandem tricycles were made.The One Wheel Drive axles were to Trevor Jarvis’ own well engineered design and made by Trevor.This page was researched by Martin Purser and Chris Hewitt, together withadvice from Trevor Jarvis.