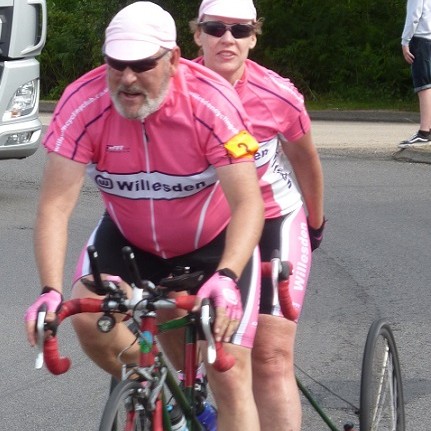 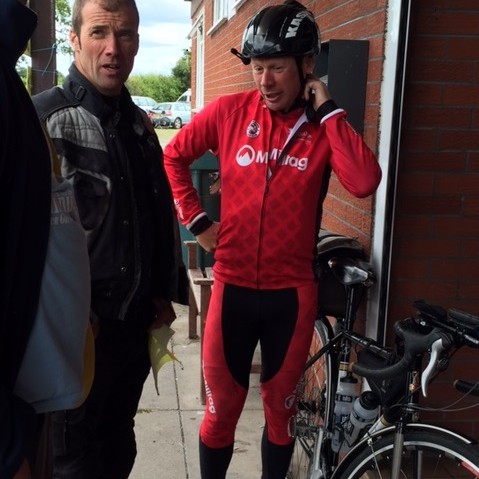 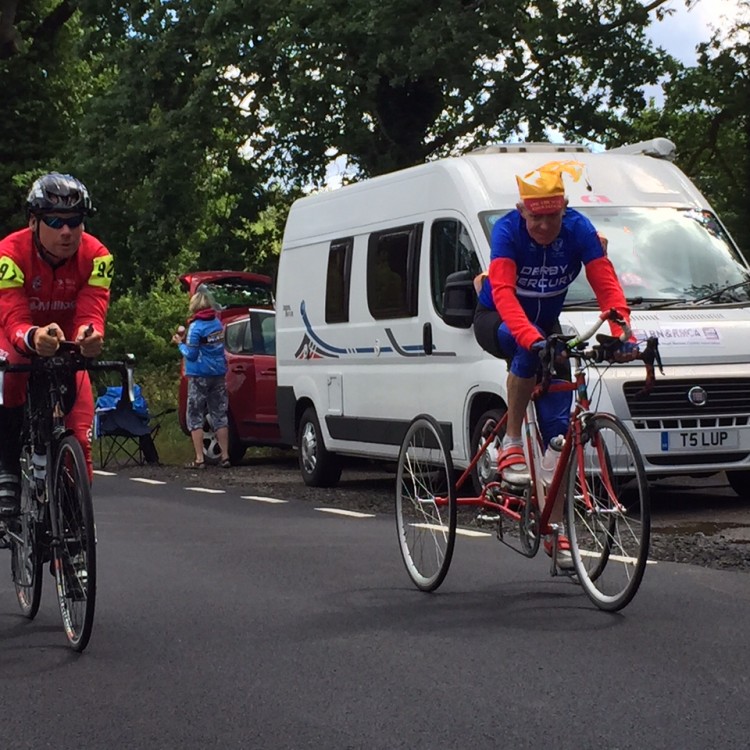 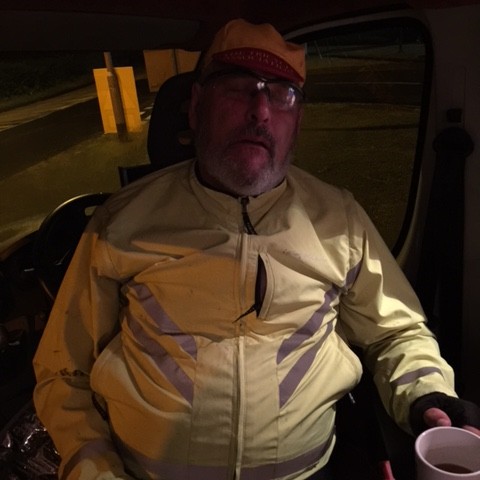 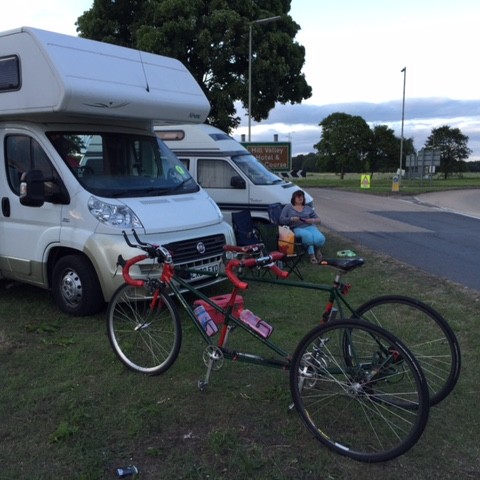 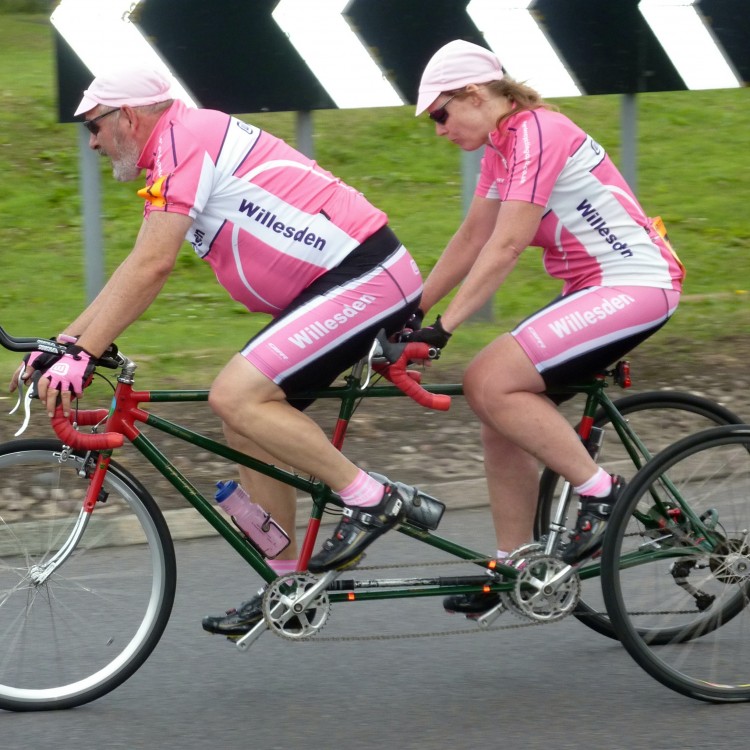 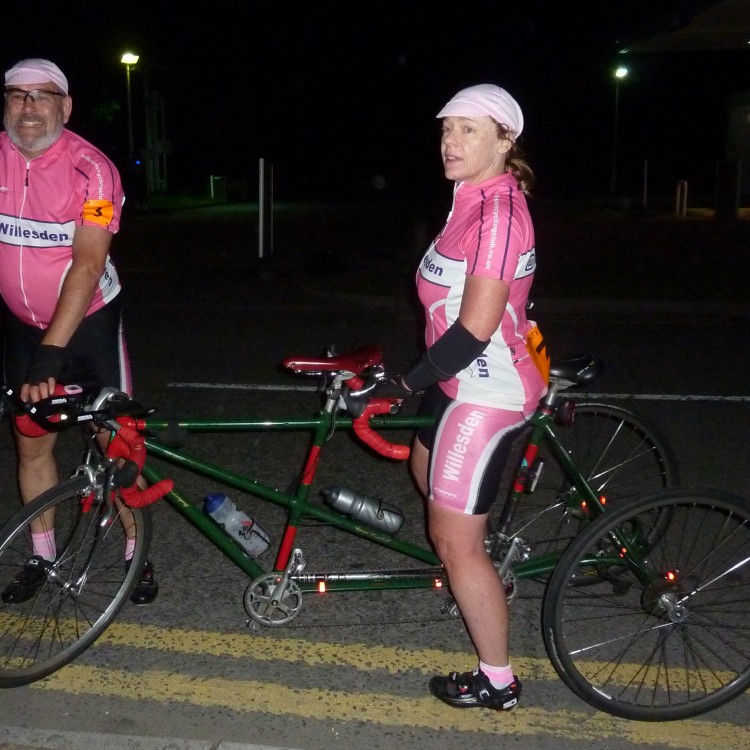 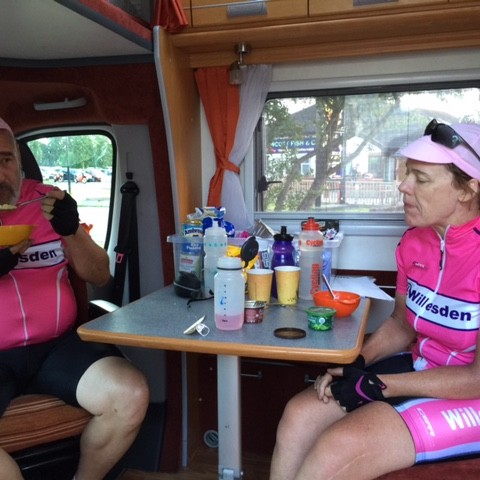 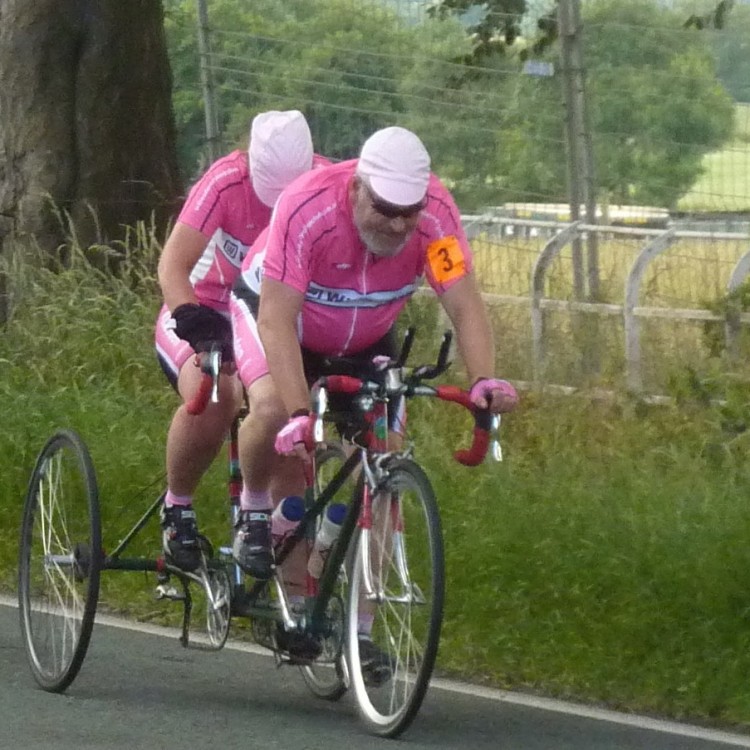 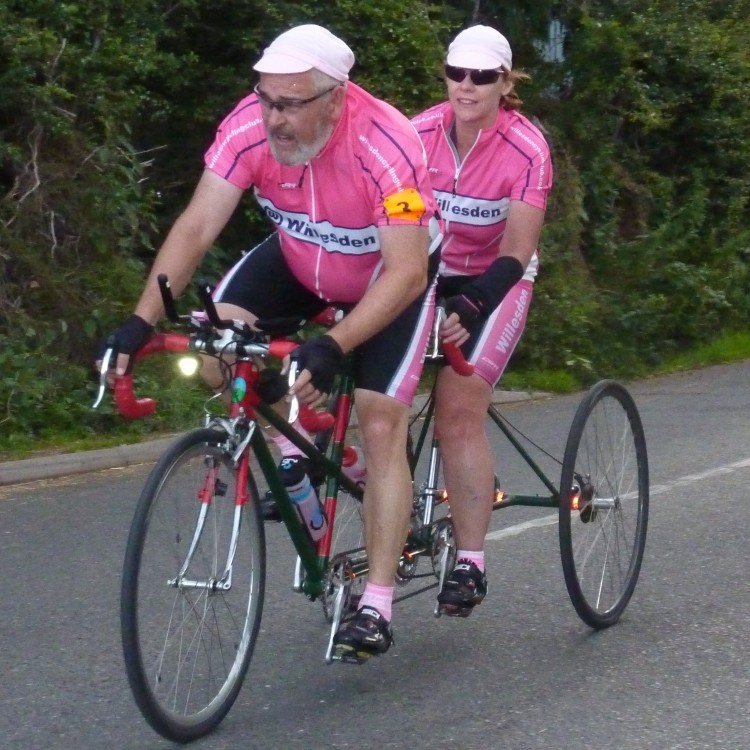 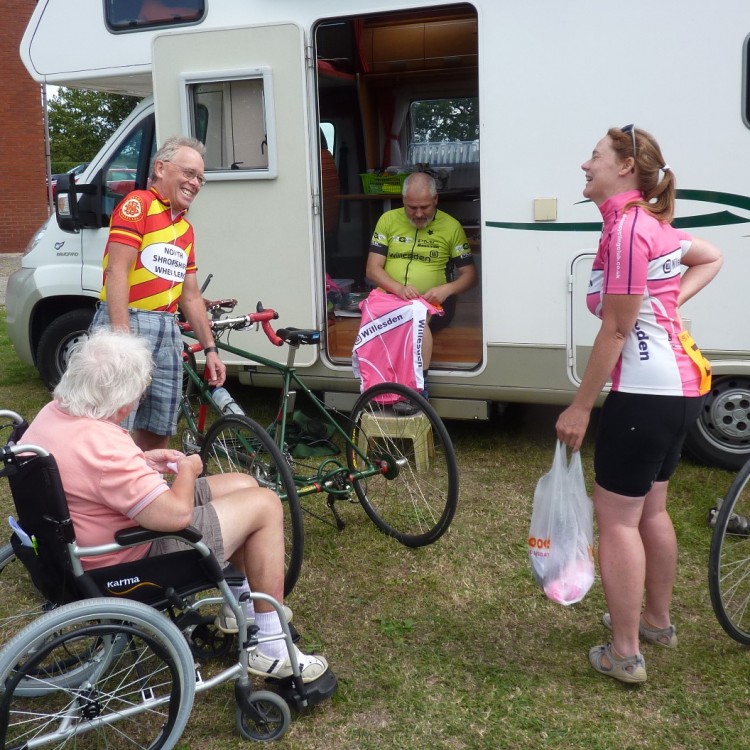 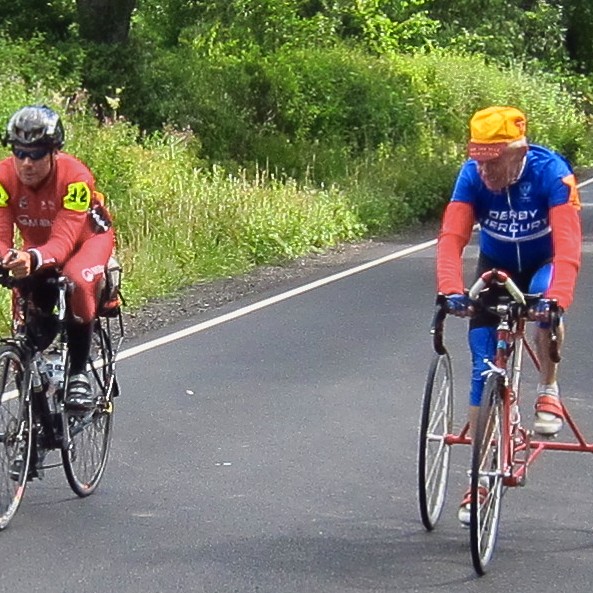 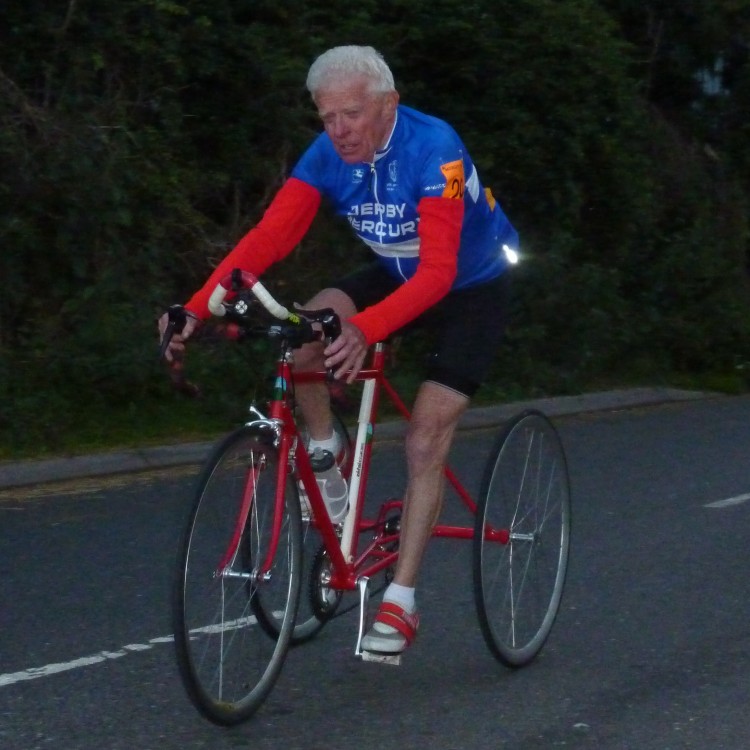 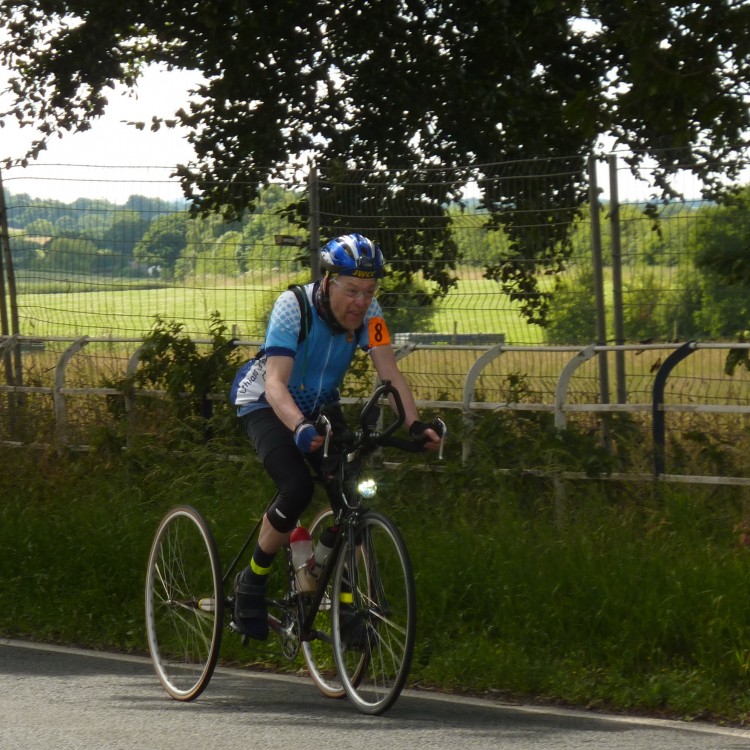 Wilko with Steve Abraham replying to what he thinks of his event record being broken – a provisional 537 ! 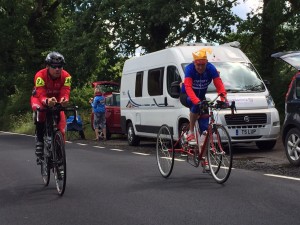 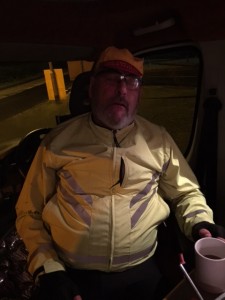 It started raining at 3 am and there still a bit of dampness to be had. The Willesden scorchers have 250 miles under their wheels as of 6:30 am. Spirits were raised by one of Peter’s special bacon sandwiches.

17:12 –  Peter, Just fed and watered J & M whilst changing J’s saddle to a conventional rather than Adamo. Gave bottle to Richard Hull who we are sharing feeding with.

One rider lost a couple of front teeth and kept on riding ! 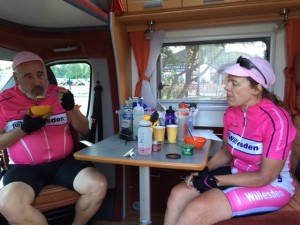 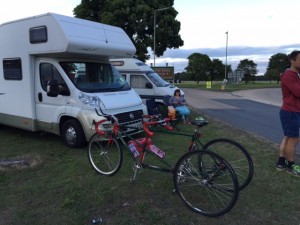 15:36 – Both tandem trike riders doing well and pressing on. So far they have had a puncture, a wrecked front tyre and a front wheel change.

George Berwick’s tandem captain unwell so George here on a folding bike. I decided this was not good enough so leant him my winter carbon bike with super hub Dynamo. Peter Faulks kindly drove me to get two inches cut off seat pin so it fitted George.

Glad Peter is here, just like the End to End record and we are now settling into feeding.

Van is parked at Prees for the duration.